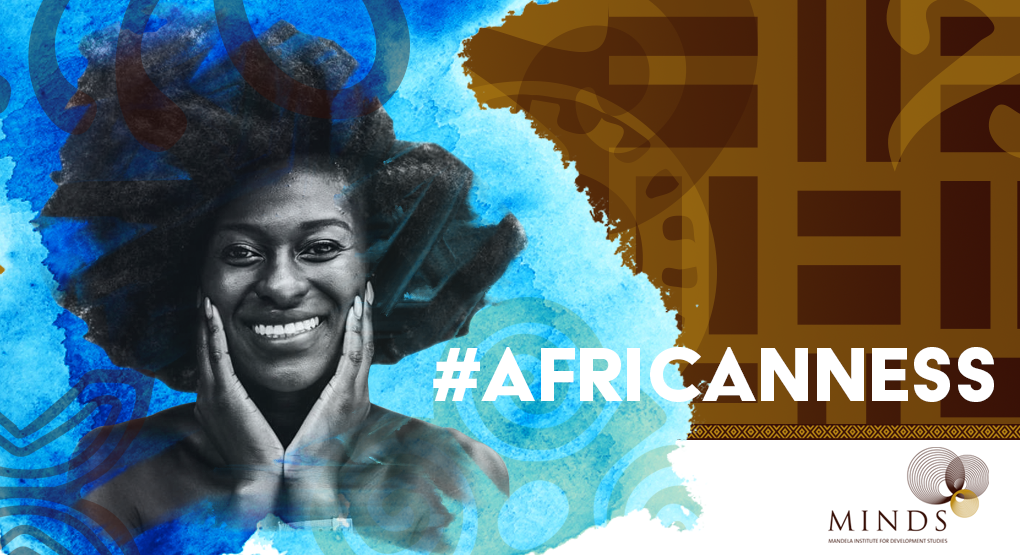 MINDS is excited to announce the launch of the #Africanness campaign, which seeks to foster a better understanding and deeper appreciation of our African heritage, and what it means to all Africans whose beliefs and value systems are rooted within their identity of ‘Africanness’. By asking a simple question, “What does #Africanness mean to you?”, we are hoping to open a dialogue that interrogates the current paradigms and narratives about Africa and being African.

Africanness is an all-encompassing construct that captures African languages, history, backgrounds, cultures, values, ethnicity and clothing, with an appreciation that this identity is an evolving one that will be taken forward by current and future generations.

The importance of creating a platform for inter-generational dialogue is a critical aspect of this campaign, says Graça Machel, MINDS Executive Chair. “We know that identity is always changing and what young people think about their identity might not be the same as their parents or grandparents. But it is important to remember that we stand on the shoulders of giants whose success stories are not widely known.”  Machel added, that it was important to remember that today Africans stand on the shoulders of giants who came before, but whose stories and accomplishments are not well known or are being forgotten.  “Through the #Africanness campaign it is my hope that we will celebrate and hold up these achievements as an inspiration to the Africans, especially the youth to say, this is our heritage.”

Africa Day was chosen to launch the #Africanness campaign as it is arguably one of the continent’s most important days to celebrate Pan-Africanism. It is a time to reflect on the common opportunities and challenges faced by the continent, which resonates with the raison d’être of MINDS. The campaign will continue beyond 25th May and will incorporate activities for Youth Day and Mandela Day. It will contribute to responding to the call by Nelson Mandela, on its founding in 2010, for MINDS to “make a real difference in the resolution of the challenges that confront Africa, through a vibrant and robust debate, interrogating current paradigms, and offering new approaches.”

With the global connected community and a rising sense of identity, there is need for an increase in African self-awareness and for Africans to take their rightful place in the global community. The #Africanness campaign seeks to provide a platform that amplifies the values embedded in Africanness, the meaningful contributions made by Africans across all spheres in the continent’s development since the dawn of mankind, and a space for young Africans to have a conversation about the development of Africa and their role in it.

As part of the campaign MINDS will working with its partners to raise awareness of African history and its impact globally, and to dispel the misconception that all the advancements on the continent can only be attributed to colonial influences.

MORE ABOUT THE CAMPAIGN: Join the launch of the #Africanness campaign on Africa Day, 25th May 2019 and tell us, “What does #Africanness mean to you?”.

Share your videos or posts on our social pages and our top 5 videos will be uploaded onto the MINDS YouTube Channel and posted on our MINDS Connect platform.

The Mandela Institute for Development Studies (MINDS) is an Africa-wide think tank which provides an inclusive platform for dialogue, information dissemination and networking.

Our programmes are underpinned by rigorous research into all aspects of African Heritage, in order to shape policy and practice on critical issues of governance, integrated economic development and the evolution of African institutions.

Through our programmes we seek to address the short, medium, and long-term developmental challenges facing Africa in a holistic and comprehensive manner.