FABRIC MAP OF AFRICA: The Art of Storytelling 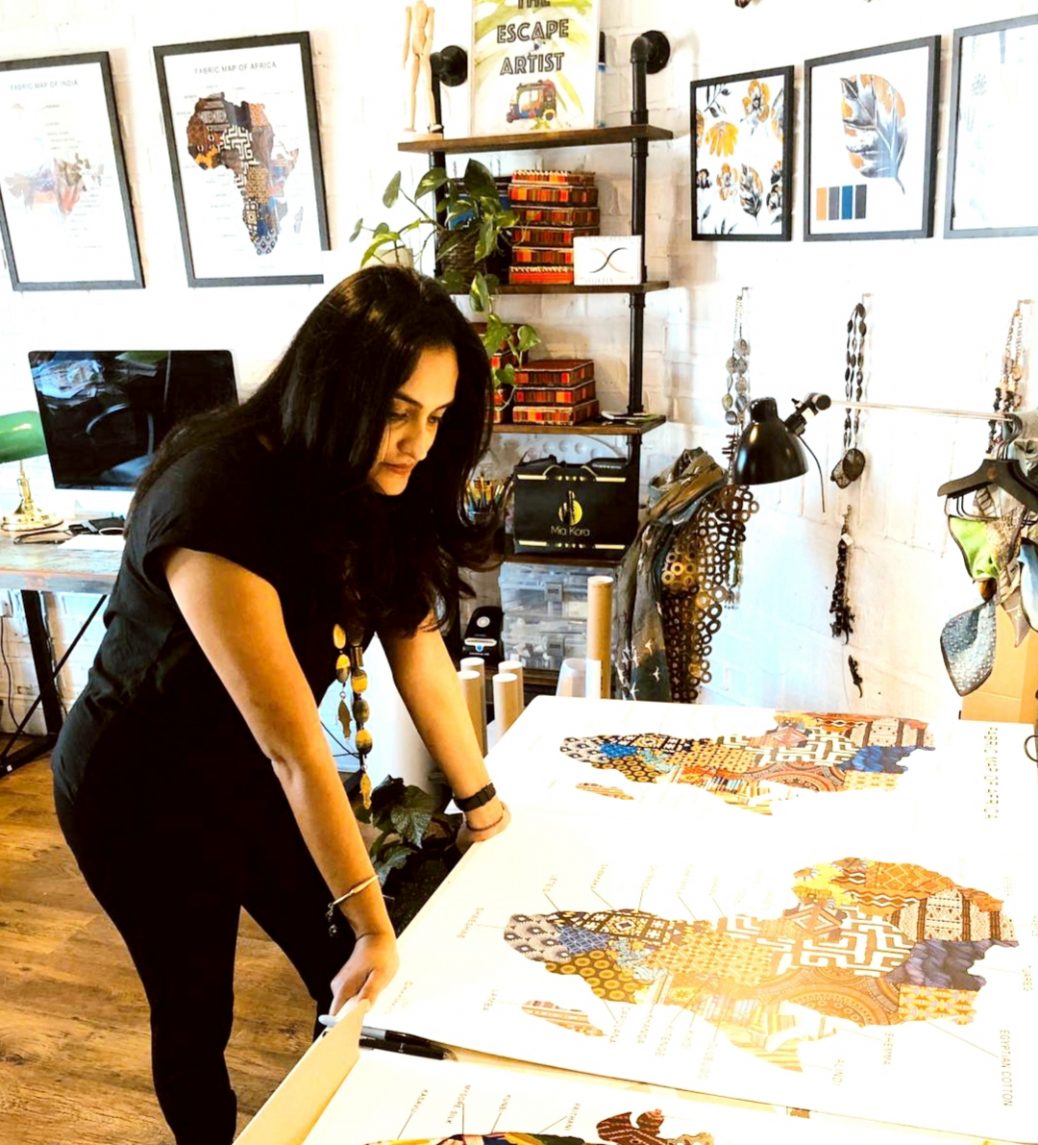 When art shines a light on culture and tradition, it serves as an important educational tool. Creating the FABRIC MAP OF AFRICA has sparked and inspired many conversations globally on the authenticity of fabrics and patterns, as we know them today.

What is fabric? The dictionary definition, cloth/textiles made by weaving or knitting fibres. As simple as that definition may be, African textiles today are more widely known and recognized by their elaborate prints, messages and colour.

Fabric production in Africa has been dated to as far back as 5000 BC in Ancient Egypt where they used to cultivate flax for weaving linen. North Africa had a flourishing textile industry, cultivating raw fabrics from tree barks, animal hides, cotton, palm, jute, flax and silk. Africans used mud and texture to create simple patterns before Batik and Tie & Dye was introduced by the Dutch (Ankara) and French (Shweshwe), giving birth to an African textile revolution. 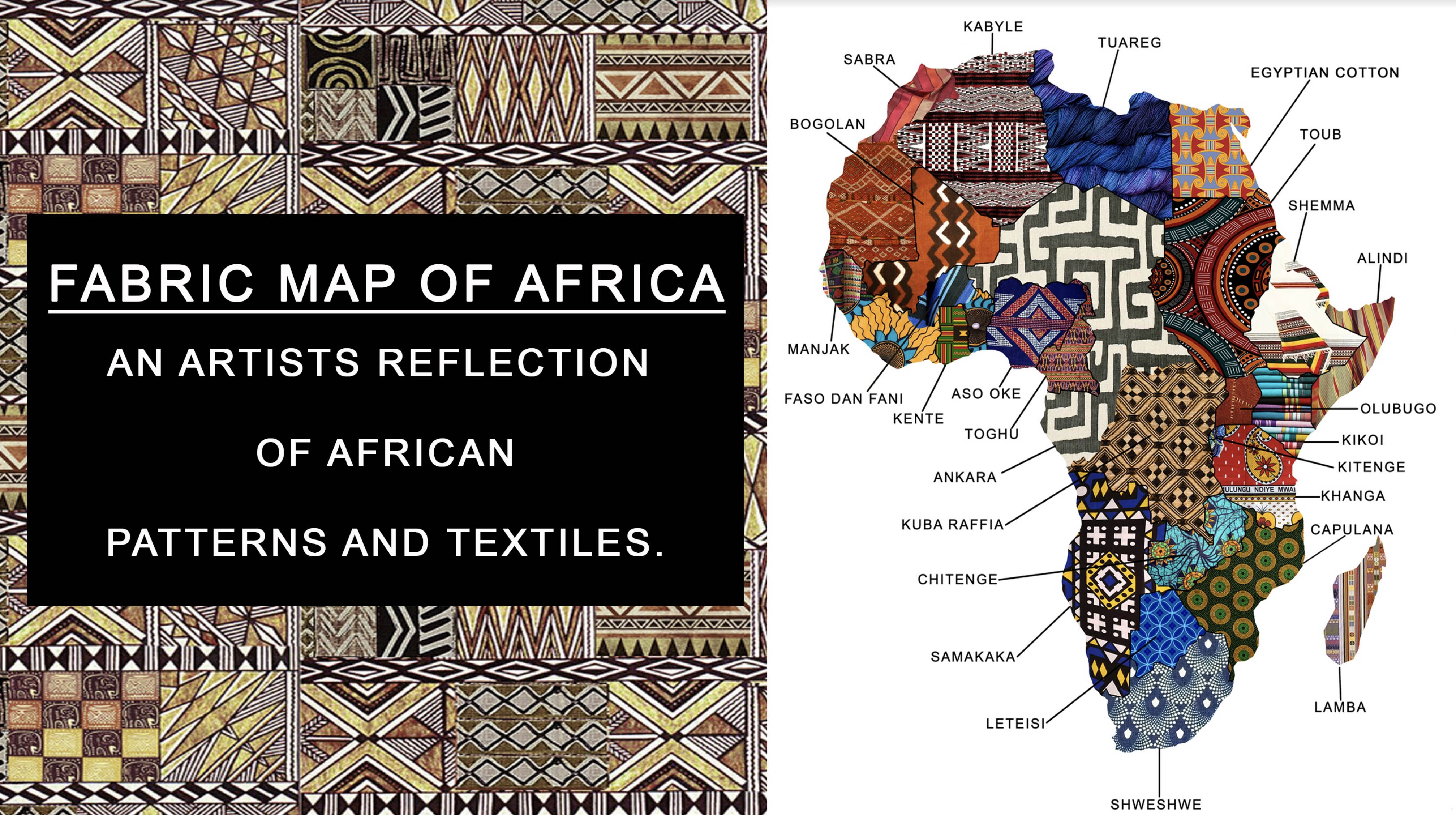 One of the most well known African fabrics is Ankara, also known as the DUTCH WAX PRINT. Ankara was introduced to West Africa by the Dutch who learnt the art (Batik), during the colonization of Indonesia. Factories in the Netherlands and parts of Europe started producing wax prints on a large scale, using machines and dying processes to mimic wax printing but the Javanese preferred hand made authentic products. Thus, a fabric produced in Europe with trade in Asia in mind never quite hit the mark in its intended marketplace.

The Dutch then introduced the fabrics they had to African countries that were along their trade routes in the early 1800s.  African soldiers recruited by the Dutch in the 1800s started taking back fabrics as gifts when returning home. As there was nothing else of this kind to compare to, West African countries welcomed this beautiful new fabric, making it their own over the years. 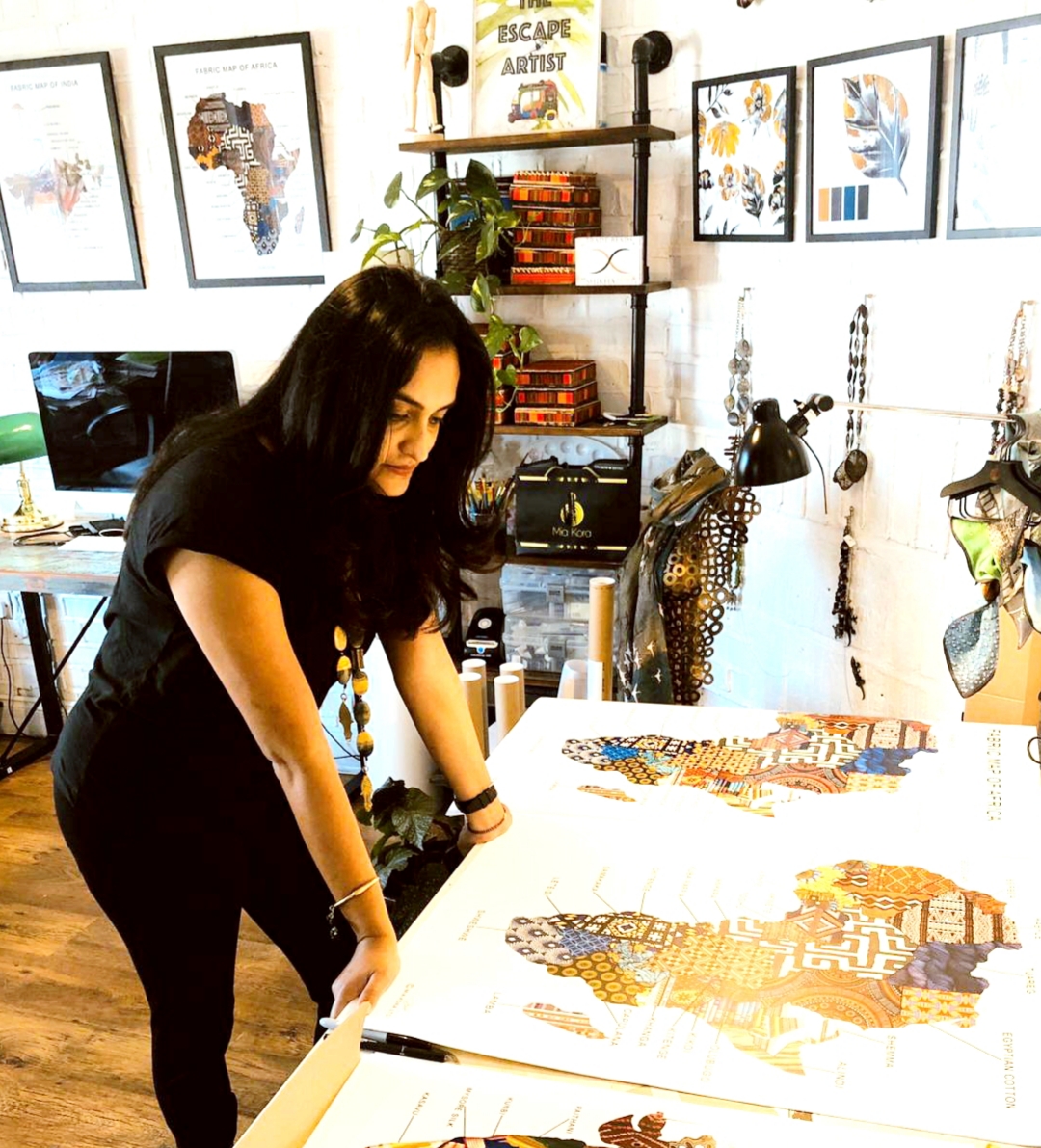 Although we know this to be an African fabric, it is neither made nor designed in Africa. The Dutch had full control of its production; their success was in re-designing it using African stories told by the shopkeepers and tradesmen, fables and cultures, making it into a print that became an unspoken language. Africans proudly used it as a form of silent communication between tribes, regions and women, speaking through Art on subjects that were a taboo. The prints represented emotions and at the same time used to mark celebrations, rights of passage and other messages, creating a visual language that spread across Africa. Realizing that authenticity plays a big part in African prints and textiles (after the failure of trying to replicate the method for the Asian market), the Dutch used African culture to bring the fabrics to life, making it resonate with the people in Sub Saharan Africa. Fabric connected people to politics, religion and culture, which is why it became so popular so quickly and why it became known as an AFRICAN PRINT.

My main focus when creating the fabric map was looking at how countries and regions worldwide have personalized textiles. They are now recognized purely by print and design rather than fibre structure. With the type of technology available in the textile and printing industry, traditional methods that were passed down from one generation to another are slowly dying. Traditional weaving is labour intensive, time-consuming and therefore very expensive.

There are a lot of cross-cultural references we can make when we look at African prints and fabrics. Though the bases are mostly cotton and silks, it is purely from the patterns that we can work out where they originate.

Just as the Dutch influenced Western and Central Africa, India and the Middle East influenced a lot of the patterns and motifs we see on East African fabrics. Fabrics were used to trade along the famous Spice route in the 15th century, (India to Europe via the Cape of Good Hope), influencing art in East Africa. The paisley motif can be seen on Khanga and Kitenges, which are popular in Tanzania, Uganda and Kenya. A print, which is iconic Indian but has been embraced and recreated with an African vibe.

Influenced by its rich culture, history and traditions, African fabrics are known worldwide for their bold designs, creative patterns and being able to use bright colour stories unapologetically. They have embraced fabric as a way of celebrating life. Similar to Asian textiles, they have a way of bringing a lot of energy into our everyday lives. From fashion to interiors, African fabrics have been setting trends globally.

Art in its truest form speaks across all barriers and boundaries. African communities have put in a lot of effort to celebrate their heritage through textiles. Its ingenuity, vibrancy and uplifting nature are much needed in our world today.