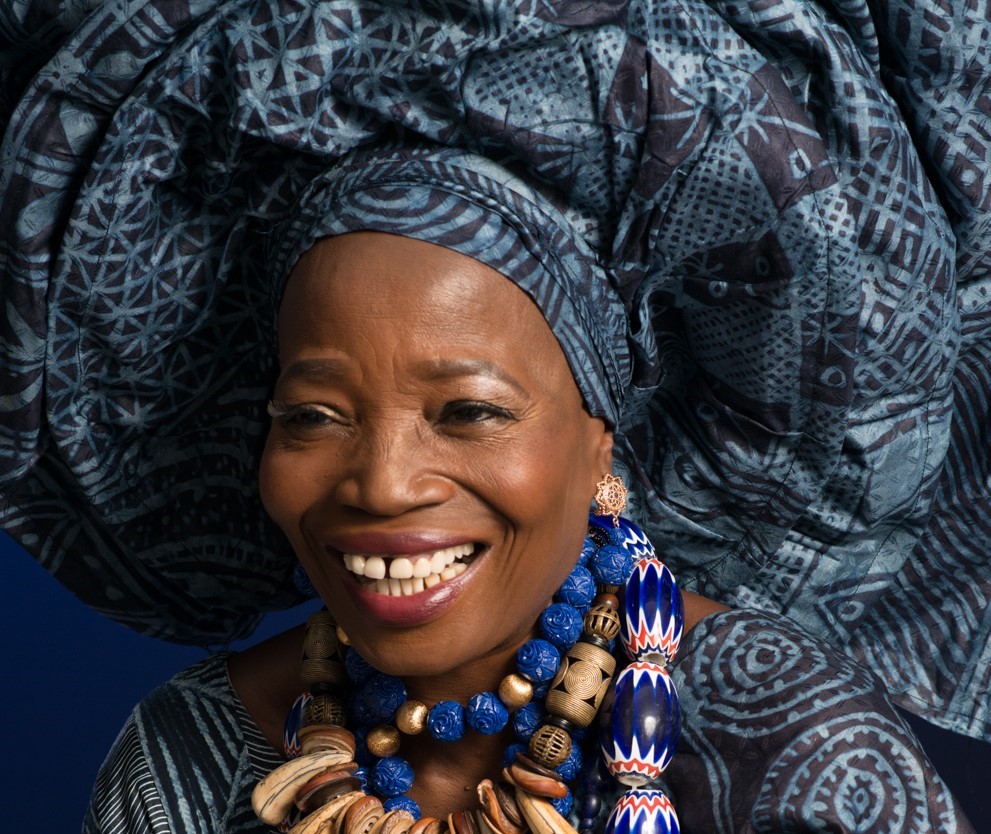 When Chief Nike Davies-Okundaye picked up textile design as a child, it was to follow a long-held family tradition. Little did she know that her hands would weave a long career in textile design and establish her as a world-renowned artist from the continent.

Her specialisation, adire, is a resist-dyed cloth often in indigo, a colour that represents ‘Love’ to her people, the  Yoruba. Davies-Okundaye is a seasoned export in an adire and she often completes pieces in the traditional way – by hand.

Born in a small village, Ogidi-Ijumu, in western Nigeria in 1951, Davies-Okundaye has found a global stage through her talent. She has shown her work in several countries and was awarded numerous awards including the Ordine Della Stella Della Solidarietà  Italiana – one of highest national honours in Italy.

To date, Davies-Okundaye has been the subject of over 116 solo exhibitions. Her work can be seen in schools, universities, palaces, museums and private collections across the globe.

However, while Davies-Okundaye has exhibited internationally, her claim to fame was far from rosy and was born out of the gravity of poverty.

“It’s because of poverty that actually made me follow the art through because there was no money to go to school and the first education they give you is to teach you what they do,”  Davies-Okundaye said in a February 2020 CNBC interview.

Historically, adire is also synonymous with indigo-dyed material, a colour often associated with the Yoruba people. A 2018 Forbes profile indicates that the colour is achieved through extracting indigo from the indigenous elu plant followed by painting and resist-dyeing the fabric with a homemade cassava emulsion. It is a labour-intensive process but a labour of love.

At the heart of Davies-Okundaye craft is a desire to empower others. When she first began in the craft of adire, she reached out to other women, whose stories mirrored hers, and taught them the craft so they could support themselves.

However, not everyone was happy about her new empowerment and how she was paying it forward. Some men found her initiative provocative. But Davies-Okundaye did it anyway.

“I was thinking that God sent me to come and liberate a lot of people, to liberate a lot of women who have the passion of what makes them happy and they are afraid to do it because of what people will say,” she told CNBC earlier this year.

Davies-Okundaye is affectionately known as “Mama Nike” due to her drive to impact and empower others. An outlet Davies-Okundaye uses to give back to her community and beyond, is the Nike Centre for Art and Culture in Osogbo, in western Nigeria, where she is Managing Director. Founded in 1983, from her earnings as an artist, the centre offers free training in various forms of traditional arts to Nigerians, young and old. 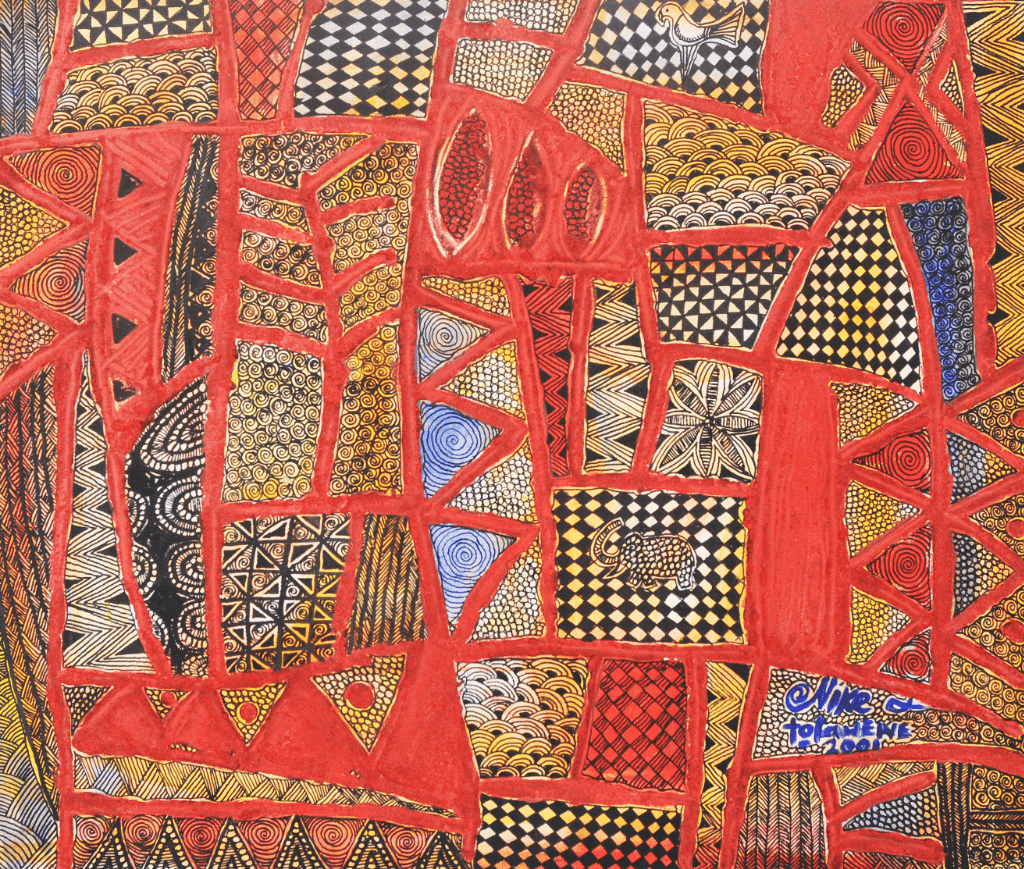 To date, over 3000 young Nigerians have come through the centre’s doors and have been equipped to be financially independent, reliant on their art skills.

Beyond Nigeria, Davies-Okundaye’s work presents an example of the country’s art at an impeccable standard. However, it also presents inspiration for the creativity and innovation that African heritage can produce.

Find out more about Nike Davies-Okundaye and the Nike Centre for Art and Culture here.