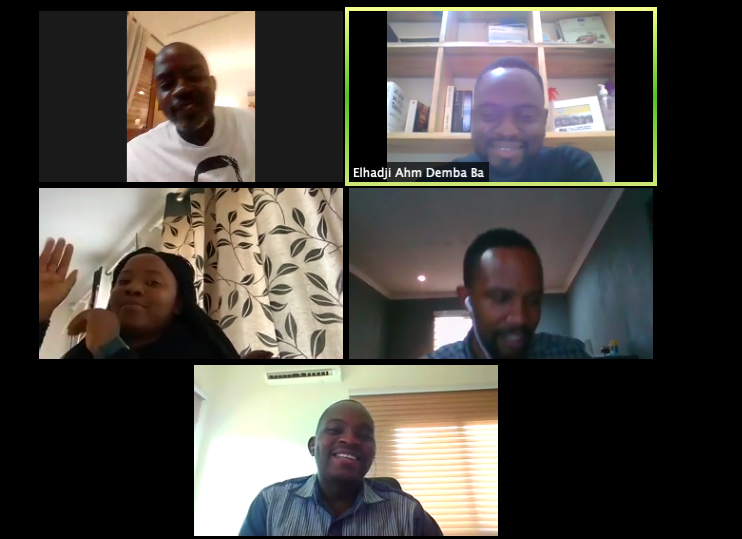 Social media can help young leaders tap into a continental network of communities.

In fact, social media is already helping young African leaders gain entry to the political world to participate in election and governance processes across the continent. 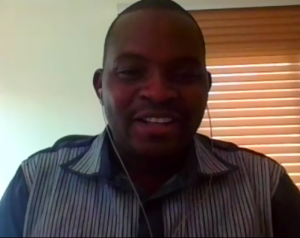 This is what  Yougbare Boubakar, Programme Officer at the African Union International Center for Girls and Women Education, believes.

“Nowadays, it’s obvious that we could be using the internet platform, [so] take advantage of this platform.”

Boubakar spoke at a Mandela Institute for Development Studies (MINDS) webinar, ‘Enhancing Youth Participation in Elections and Governance’, in conversation with Richard Labrosse, a regional election observer and founder of LAMP, an NGO serving disadvantaged children in the Seychelles, alongside Sarah Natumanya, an education activist from Uganda. Elhadji Ahm Demba Ba Gahn, a leadership and entrepreneurial coach from Senegal, moderated the discussion.

The webinar is part of MINDS’ Youth Programme on Elections & Governance (YPEG), one of the institute’s flagship programmes that launched in 2013. YPEG was conceived by the MINDS founder, Dr. Nkosana Moyo, previously the Vice President of the African Development Bank, a former Minister of Industry and International Trade in Zimbabwe as well as a Presidential Candidate in Zimbabwe’s 2018 General Elections. The programme is committed to strengthening the quality of youth engagement in the electoral and political governance processes in Africa.

Boubakar, Labrosse, Natumanya, and Ba Gahn are all alumni of YPEG, having attended training and dialogues under the programme. 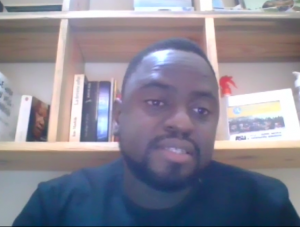 Ba Gahn notes that this generation already consumes a majority of content online.

“Why then are they not keeping themselves up to date with the real facts? And why aren’t we using the technology to check to verify facts, especially during the campaign period?”

In response, Boubakar claims that a number of young people were actually using their social media skills to verify content such as the latest football scores. He cautioned that this time could be better utilised.

“Let’s use the opportunity of these skills on social media to hold some politicians accountable,” he says.

Natumanya reminded attendees of the  2010-2012 Arab Spring protests notes that social media played a considerable role in reshaping the socio-political context of the region as a result.

“We saw how social media was used fundamentally in the north and Arab states to change leadership,” she says. 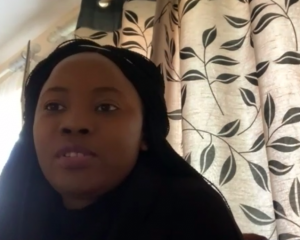 Sarah Natumanya, an education activist says the digital divide makes it difficult for young leaders to reach people not yet online

However, she highlights that the digital divide on the continent continues to prevent young leaders from reaching people who are not yet online.

Africa’s internet penetration is just under 40%, according to Internet World Stats, falling behind the global average of almost 59%. Research from Stanford University indicates that some of the factors that widen the digital divide are low income and restricted education access.

“So you find internet use is only in the city centres and for the educated, yet the illiterate group [that] actually [form] part of the biggest voters [bloc] do not have internet and so they cannot be reached,” Natumanya explains.

According to We Are Social 2020, Africa accounts for 27% of people “unconnected” to the internet. The report notes that age is a significant driver of internet access and these figures might have a lot to do with the fact that half of the continent’s population is under 20 years old. 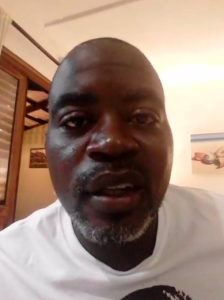 While Africa is a continent of young people, Labrosse, from the Seychelles, highlights that its leaders were much older. “Most of the leaders are about 50 years old [or] 60 years old onwards,” he says.

Labrosse goes on to say that young people need sufficient support to effectively participate in election and governance processes in their countries, adding that it was difficult for young leaders to enter the political arena because the older generation still dominates.

According to Natumanya, the African political scene is not only hotly contested but also highly commercialised and electoral bids are extremely costly.  The youth should seize this opportunity to show that true leadership is beyond all of this.

“Joining different communities through social services and volunteering can be a key in breaking through to voters,” she advises.

Despite the challenges young Africans face being included in election and governance issues, Boubakar notes that sound strategy might provide a key.

“It’s difficult, but we need to find a way in using our presence on social media to gain support from those who are willing to support us financially and also to gain sympathy from young people across the continent.”

You can watch the full webinar here.

The ‘Enhancing Youth Participation in Elections and Governance’ is the third installment of the YPEG youth webinar series.

The first webinar was called ‘Exploring Possible Scenario After Covid-19’ and was held on May 20. It brought together youth from across the continent to help them reimagine a post-COVID-19 world to craft out the possibilities for their chosen future.

The second part of the series ‘Amplifying the Contributions and Voices of African Youth Leaders in Addressing a Global Crisis’ was held on August 5. The webinar interrogates how the African youth in their different spheres of leadership can interrogate and assume their role as young leaders in crisis.