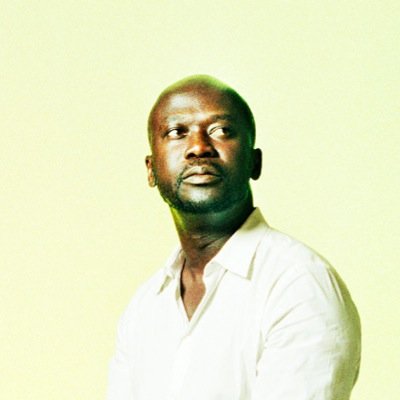 More Benin Bronzes are expected to return home to Nigeria by 2021 and will be housed at a world-class building designed by iconic Ghanaian-British architect, Sir David Adjaye OBE.

Sir Adjaye heads Adjaye Associates which was commissioned to design the Edo Museum of West African Art (EMOWAA) in Benin City, Nigeria. The firm describes the museum as a space that will give visitors the opportunity to discern  the visual landscape in “ imagining the once historic borders of a restored ancient kingdom.”

Currently, the British Museum houses a vast collection of Benin Bronzes taken to Europe in the 19th century by imperialists.

The British Museum says when British imperialists occupied Benin City, they destroyed and burnt down monuments and palaces, looting shrines in the city.

Sir Adjaye, quoted on the firm’s site, says that at first glance, one may believe the EMOWAA is a traditional museum.

“But, really, what we are proposing is an undoing of the objectification that has happened in the West through full reconstruction,” Sir Adjaye explains.

Sir Adjaye is a world-renowned architect with a deep understanding of the contexts and spaces where his designs are located. In October, Sir Adjaye received the Royal Gold Medal for Architecture, becoming the first African to be awarded the prize, which is considered the highest honour for architects in the UK.

The award celebrates the legacy of the late American-Japanese artist, Isamu Noguchi, known for his public works.  The prize honours global artists who approach their work in the same way. According to the Noguchi Museum, the artist set a new standard for the integration of art through subtle yet bold, traditional yet modern work, in public spaces.

Adjaye is perhaps most recognised for his work on the Smithsonian National Museum of African American History and Culture in Washington DC, USA. The museum officially opened its doors in September 2016, becoming the largest cultural institution, in the world, dedicated solely to African-American history and culture.

While Adjaye has designed buildings, famous internationally, cementing his status, his work such as his book “Adjaye, Africa, Architecture: A Photographic Survey of Metropolitan Architecture” challenges the reader to rethink what African architecture is.

Born in 1966 in Tanzania to Ghanaian parents, Adjaye’s diplomat father moved with his family to various cities across the continent including Kampala, Nairobi, Cairo, and Accra. For his book, an 11-year-long project, Adjaye travelled to every African capital.

Alta Steenkamp, an associate professor in the University of Cape Town’s School of Architecture, observes that Adjaye’s book seamlessly wove his own experiences to craft a  “fact-based narrative in a balanced way so that the information is both useful as well as insightful”.

“The nebulous nature of attitudes and narratives on Africa that represent a measure of prejudice in the negation of the continent’s rich geographic and cultural diversity is subtly challenged,” she notes in her review.

In a 2010 BBC documentary, that lays the foundation of the title, Adjaye dispels the assumption that, south of the Sahara, Africa is an architectural wasteland and that the continent lacks significant buildings “that are a mark of the important civilization”.

“From the air, Africa might seem a dark place far removed from the technologically advanced nations of the West but of course the continent boasts some of the greatest architecture ever built by human hand,” he says.

In the hour-long architecture travelogue, Adjaye visits the Great Pyramids of Giza, long considered some of the world’s tallest buildings for thousands of years;  the Rock-Hewn Churches of Lalibela in western Ethiopia as well as the ruins of Great Zimbabwe, in the south of the country, which remain the largest wall structure in sub-Saharan Africa.

While Africa boasts great indigenous architectures, Adjaye notes that imperial influence over the last two centuries has transformed a lot of African architecture, into a shadow of its former glory.

Adjaye is a member of the  Mandela Institute for Development Studies’ (MINDS) advisory board, helping guide the pan-African think-tank’s ambition to equip the continent’s youth as the leaders of tomorrow, deeply rooted in their heritage.