DEVELOPMENTAL CHALLENGES AND OPPORTUNITY IN AFRICA 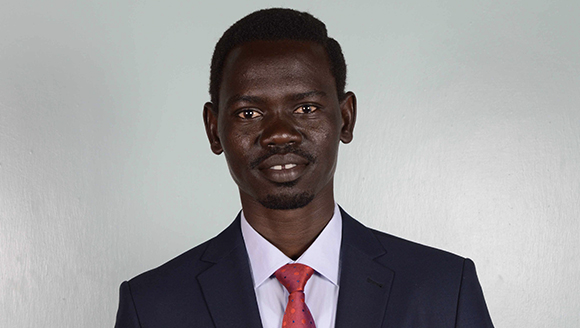 For generations, Africa has faced numerous social, political and economic challenges. These endemic problems range from abject poverty, violence, underutilise agriculture, infrastructure, lack of access to credit facilities, social fractionalisation, poor health facilities, poor education to catastrophic civil unrest; which are linked to illiteracy, lack of proper institution and exploitation by corrupt and brutal leaders. These block African from encountering and supporting sustainable development and recovery of Africa. When these gaps are addressed, many opportunities will open for the youth like entrepreneurship, which shall, in turn, create millions of employments and solve the problem of transitioning to the risk of unemployment.

African’s financial system is not well established. Most of the financial institutions in the continent are foreign-owned that denied credit services to the local population due to their inability to match up the high transaction costs, difficulty in assessing and managing their risk profiles, lack of the required financial documentation as well as lack of collateral. If the countries could provide the supportive capacity to the African people, that could have equipped them enough to start their initiative of choice like a microfinance institution; an institution that will not only facilitate modernisation of the economy, but also help small business owners and farmers get access to capital through micro-financing.

Besides supporting small businesses, the institution can create jobs. Rampant unemployment plays a huge role in instability in most African countries, South Sudan, Congo, Somali to mention few. Jobless youths fall vulnerable to recruitment by warlords, who use them to achieve their political ambitions. An employed youth cannot leave his/her decent job for a dangerous undertaking such as militancy.

It is accepted that infrastructure development is critical to Africa’s economic transformation. The growth of the continent happens with the availability of adequate infrastructure. Many African countries still have insufficiency of state-owned infrastructure facilities, and that should’ve to lead to an effective contribution to the generation of revenue for the government that could be injected in the public activities.  This necessitates for the state’s government to provide adequate facilities to the public, local and foreign private sector firms to promote rapid achievement of sustainable economic growth through Intra-Africa trade and investment.

Africa potentiality lies in it fertile land, water full of fishing as well as other water-natural resources, that can help its citizens, in its knowledge and markets transformation. With Africa recognising it natural resource opportunity, agriculture could be significant pillars to the transformation of Africa economic and development, this can contribute to the continent major priorities such as eradicating of poverty and hunger in the region, boosting intra- Africa trade and investment, sustainable resources, promotion of industrialisation, creating jobs, human security, environmental management, and continent prosperity.

Energy security and other national resource are keys important to Africa development. Providing energy system to Africa rural household especially kerosene remains a major challenge due to the cost of electrifies infrastructure. Investment in a renewable energy project in Africa can increases insufficient, this believed that there is vast untapped natural gas in Africa with significant hydroelectric power potential.  However, numerous challenges for investors in funding project in Africa remain constant insufficient regulatory framework and social fractionalisation. This needs a government to essentialise for private sector investment in energy projects to reduce and solve a developmental challenge.

Poor governance and institutional accountability, it is an easy fix. Electing leaders with the capacity to deliver on the aspirations of Africa should suffice. One of the reasons many African countries end up with bad leaders is a blind support of a candidate simply because of ethnic affiliation. It can be solved by sensitising Africa’s youth on the consequences of their choices as well as encouraging them to shun sectarianism.  Strong institutions created in the will of its citizens, they can push forward true leadership, democratic governance and unity for Africa.

Technology a Driver of Growth and Productivity

Africa has the advantage of being able to leapfrog directly to use the latest technology. It is estimated that more Africans have access to mobile phones than to clean water and electricity, (World Bank, 2011). Although costs remain high, Africa’s Internet infrastructure capacity has increased tenfold since 2006 and the entire continent now has access to undersea fibre optic cables.

African countries should begin to be partners to other developed countries in an enhancing conceptualisation, implementation, monitoring and evaluation of developmental policies and programmes like agricultural productivities and strengthening financial institution; not economic slaves. Most of the African countries tend to borrow from other countries more than they produce. By so doing, they end up burdened by debt; and usually, creditors use this leverage to influence the countries’ policies on their favor. Such dependence interferes with the sovereignty of a country.

Finally, Africa should leverage science and technology to catalyze faster economic growth. Technologically advancement is correlated to the high rate of development—something that could easily be seen in the rapid development in countries such as Singapore, South Korea, Malaysia, et cetera.