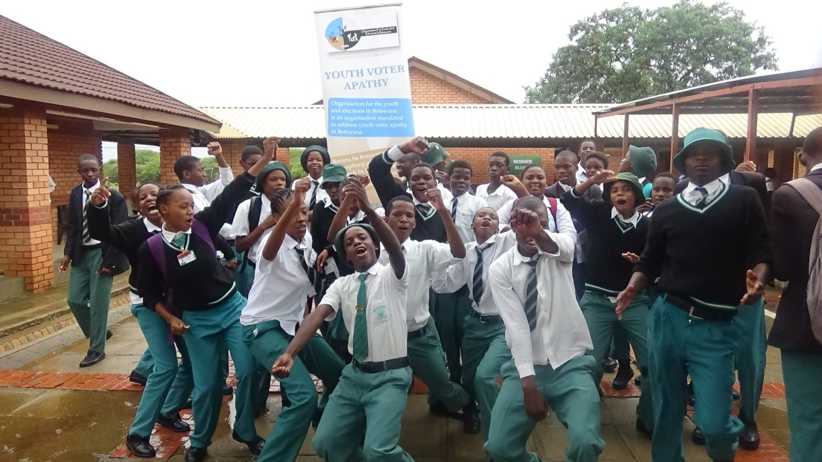 Organisation for Youth and Elections in Botswana (OYEBO) is mandated to sensitise the youth of Botswana on the importance of voting, democracy and its values. Botswana with a population of 2.2million of which 60% are young people with the right to vote. Unfortunately, Afrobarometer studies have shown that only half of the young people (51%) eligible to vote participated in 2014 elections[1].

OYEBO travels to different sections of the population providing civic education to young people and other groups on democracy and elections.

OYEBO is an organisation that enjoys capacity building support from different organisations, including the Mandela Institute for Development Studies (MINDS). OYEBO Executive Director, MrBernard Oben Bogosi, alumni of MINDS participated in a democracy and governance forum sponsored by MINDS in Dar es Salaam, Tanzania from 03 – 04 August 2016 which brought to together 100 young community leaders, and activists.  The training contributed to OYEBO’s ability to disseminate information received through the dialogue to citizens, including students.

The participation of Bernard Oben Bogosi in MINDS annual youth dialogue facilitated the interaction with other young people within the political and policy environment, to assess the barriers to democracy and elections and to explore ways these barriers can be address. It further encouraged Mr Bogosi to take ownership of the process of creating the Botswana that young people want.

As OYEBO travels around the country, it discovered that a major reason behind a lack of interest shown by young people in electoral processes stems from the lack of knowledge about the role and importance of elections in a democracy. It is important for the citizens to understand the political context, something Batswana are still struggling to appreciate.  The moment Batswana acquire that knowledge, especially those in rural areas, they will understand how democratic and political systems operate.  Furthermore, it is important for ordinary citizens to understand their role in electoral processes, democracy and political systems in the country.

Democracy in Botswana is facing multiple challenges. Paramount is the non-participation of the citizens in electoral and democratic processes in Botswana, which poses a risk to democracy and needs to be given necessary attention. A lack of interest in Botswana’s electoral and political systems will see democracy slowly fading away. To have a healthy and strong democracy, civic education must be targeted at the entire population.

One other hurdle is inadequate consultation by those elected to represent the citizens/constituencies.  OYEBO strives for a greater representation for young women in political office.  The shortage of women representated in politics, particularly in parliament continues to raise many concerns, while young people are also affected by political party appointments.