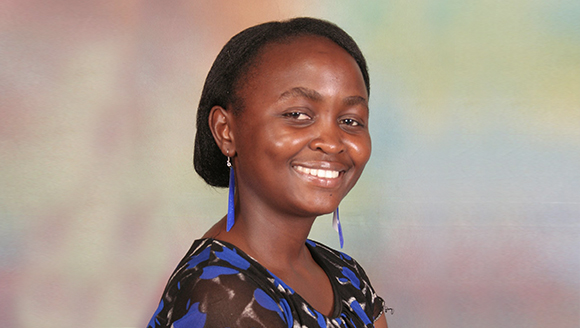 MINDS is an important think tank in Africa because it has served as a catalyst for ideas and action, which directly and indirectly shaped policy agenda for various governments in Africa and beyond. Every year MINDS send out calls for a wide range of expertise mobilisation and ideas like paper presentation to put forward evidence that are more innovative and inclusive for policy development agenda and influence policy making processes. MINDS has built networks and communities through which former participants in their various programmes nurture and spread MINDS ideas that catalyses action at different levels ranging grassroots to global level.

MINDS involve a wide range of participants some who are already serving in governments, various government agencies in Africa, civil society organisations and young leaders of vibrant youth organizations. An example is the Youth Initiative for advocacy, growth and advancement (YIAGA Africa), led by Samson Itodo, a human rights activist and good governance champion of credible elections in Nigeria and Africa. Samson and his team conceived a global campaign called Not Too Young to Run to support young people’s right to run for political office around the world. This campaign sought for the constitutional amendment bill for a reduction in age to run for executive positions for the House of Assembly and House of Representatives from the age 30 years down to 25 years, for Senatorial and Sub-national positions from 35 years to 30 years for office of President and independent candidature in Nigeria.

So, for me I feel MINDS is really creating an impact by engaging vibrant young leaders who are raising awareness and advocating for the rights of young people to run for elected offices and inspiring young people everywhere to run for an elective position which sounds incredible. I was privileged to attend together with Samsom Itodo at the second Annual Youth Dialogue on Elections and Governance in Africa, held in Kigali, Rwanda 2014. I joined other incredible change makers across Africa, as well as other amazing fellow young Kenyan leaders like Boniface Mwangi, Nerima Wako and Stephen Machua who are doing fantastic work to shape the youth policy agenda and youth participation in governance. MINDS has made a great contribution to young people across Africa since its inception concerning a wide range of areas ranging from advancing education for young leaders by offering them scholarships to pursue master programme for new knowledge to face Africa’s challenges.

The MINDS Train the Facilitator Workshops is another great platform as helps to develop facilitation skills for adult learners, regional civic leadership trainings on elections and governance in Africa and annual youth dialogues which facilitate leaders of tomorrow, the current generation and youth leaders to get exposure from our leaders of today what they are doing successfully.

During my participation in the MINDS programme, in 2014, we were privileged to have President Paul Kagame to be our keynote Speaker, where he emphasised on the need for fewer talks and more actions. He further said there is a feeling, energy in the room and by the time we get out, we rarely hit the ground running. This is a major issue that we need to address”, “Until something is done, He will always use the words that young Africans ‘seem to know’, he added. How do we use the talent in the room? In Africa, there are many things we need to do; why are we not doing them? These questions changed my views and approach to youth and developmental work totally.

Nelson Mandela once said: young people are capable, when motivated can bring down towers of oppression and raising the banners of freedom.  I was inspired and motivated to focus more on youth and women participation in good governance and development. “Opportunity comes once in a lifetime and as young people criticism should not scare us as you all know we are very resourceful, innovators, economic drivers, hope builders, policy makers and community changers but to do things in the right way and follow our passion to be able do valuable things in the continent all we need is identify the issues, use brain and not emotions to be able harmonise and create a mass movement in the continent there is need for  creating the future of ours and next generation. Africa is presented globally as a laughing stock to the whole world and we need citizens to change that.

Echoing Kofi Annan words, all we need to know is that no one was born a good citizen; no nation is born democratic rather both are process that continue to evolve over a lifetime. So many tasks to be performed in Africa and this is a journey to the job description as youth. This makes young people to be aware of our responsibility in the current state of Africa elections and outcome, there is need to mobilise ourselves and chose youth leaders among ourselves with qualifications to lead us from one point to another, who can lead us and experience with youth leadership even though we have different categories of young people with different interest and experiences we must put our interests aside.

I have volunteered more of my time to empower minority groups regardless of sex and sexual orientation, as I believe that everyone is important.   I have also engaged the community both online and offline, as there is power in engagement and numbers. I have mobilised fellow youth to join various political parties, by leading as an example where I joined the labour political party of Kenya, where I took the lead in the youth wing and recruited more youth to the party while others joined to other political parties of their interests as vehicles to get where we want to be as young leaders to be able influence decision making, understand each other, also I participated more in NGOS and civil society organisations to improve my leadership through various campaigns.

I have been at the forefront with activism efforts for equal representation at all levels to see more young women at the decision-making process because statistics have shown that young women voices are not heard and this has translated to lack of services and under development in their communities. This led me to establishing the Sisterhood for Change and Empowerment centre (SHEC), facebook page for SHEC.

https://www.facebook.com/sisterhoodforchangeandempowermentcenter/ an educational centre and knowledge sharing platform for young women to acquire knowledge be dedicated to engage in value additive initiatives to ensure a world of sharing and building responsibilities by sharing opportunities to see inclusive social growth achieved, develop leadership skills and to fill the gap of limited advocacy and monitoring capacity of Gender related policies and women rights. To be agents of change and bring about change they want to see in their communities to advance gender equality and inclusive development.

In addition to the centre, I have championed more widely on youth and women participation in governance and I have inspired more youth and women through the various organisations I served at different levels and pushed youth and women to be at the driver seat and be actively involved in making decisions on matters that directly concern them, to peacefully and actively participate in the national elections and governance process in various political parties based on an appreciation of the significances of our demographic superiority. This was clear from the recent elections we had in 2017, more young people and women came out to vote and to be voted as political leaders at different levels.  Furthermore, I was able to travel abroad to study and deepen my knowledge in global governance, political science and World Politics to face Africa challenges.

Abraham Lincoln said the ballots are the rightful and peaceful successors to bullets, Young Africans should know our vote is the key to unlock the doors of injustice in Africa”. Young Africans should vote because I believe that voting is supposed to be credible way of making decisions in a peaceful way, in a manner that everybody can be heard. Good citizens take actions for positive change. The vote is the most powerful instrument ever devised by man for breaking justice and destroying the terrible walls which imprison men because they are different from other men, said Lincoln the 36th US President. This is very true. Men imprison other men in poverty, war, sickness and death and this comes with greed, corruption and the madness that comes with excessive power. Youth in positions of responsibility must always know the power in numbers and should be responsible to reclaim our recognition and dignity in the African society while cultivating political leadership, Young people should participate in the party elections to push themselves to positions of authority and initiate action for there is power in numbers and not be absorbed in the corrupt system instead credibility to governance processes.

Being a Mandela Institute Development Studies (MINDS) alumnus, I have connected with MINDS participants from year to year since I became involved at its inception, to ensure that we build a network both online and offline to disseminate the outcomes of the dialogues and to other young people. I have and will continually create more innovative and evidenced projects that are measurable, realisable, empowering, impact creating, youth friendly and gender sensitive. We have collaborated with governments and other stakeholders, held meetings and public forums. Organised trainings and seminars to engage the youth to be an inspiration to many other young people out there who never got a chance to be part, so that they can transform the next generation of leaders across the continent at large where young people participate in democratic governance and see an inclusive society where young people are included from in all levels of decision making.

To do better, let’s work on our attitudes and mindset and build capacity for our people to avoid corruption alternatives to make progress, so that it is not a must that you use corruption to progress. Let’s raise our value as youth and improve our governance system and leadership to be able resolve our earlier problems and not to be allowed to be victims caught by the East and West. Let’s organise a good course of everyone and take personal responsibility, like what can we do and how faster are we doing it? Credibility creates spaces, do not lose opportunities and do not take things for granted – make simple things happen. Let’s have a clear designed policy that is contributed by everyone so that results can be achieved. Together as youth it is our responsibility to conceptualise the Africa we want and let’s deal with the problem coming from us. Let’s not be socialised that we should not believe in ourselves.