The Nexus Between The African Youth and Elections 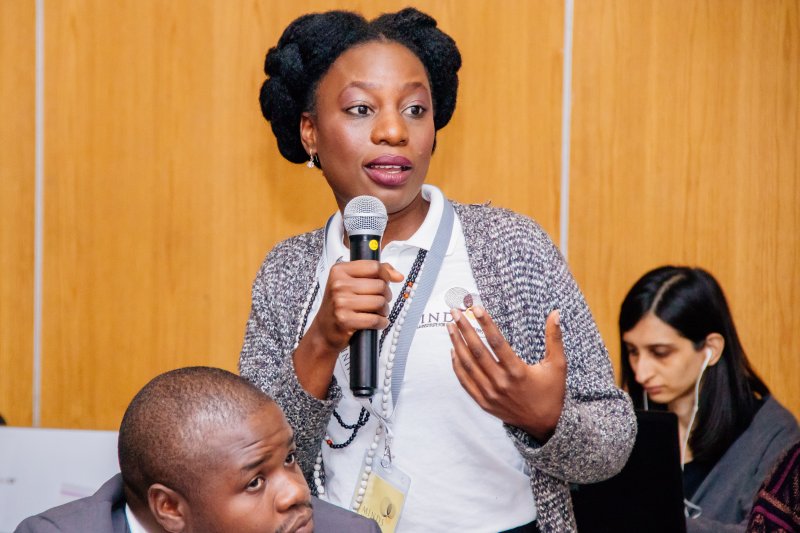 More than 65% of Africa’s population is made up of young people between the ages of 18 and 35 years old as per the African Union Commission; it is this factor that would make any election strategist focus their election campaign on securing the Youth Vote. The youth electorate are not blind to the fact that presidential candidates target the youth in their bid to secure the presidential seat, and that the youth are quickly forgotten once they are in power. We have seen this time and again, how the political environment does not favour youthful candidates, how the youth are often side-lined from politics. Most recent election results show that there has been increased political participation; we have seen increased numbers of young parliamentarians, this is evident in countries like South Africa and Malawi respectively. Whilst the future is often said to be female; the African future in our case is young, engaged and pregnant with possibilities.

The African Youth Charter defines the youth or young people, as anyone aged between 15 – 35 years old. The African youth make up such high numbers of the African population; making us the youngest continent. Whilst there might be voter apathy due to frustration of corrupt leaders, and feelings of not having our voices heard; it is certain that social media youth voices have played an important role in gauging what a sect of the youth think about politicians, political parties and their presidential candidates. Media like Twitter have allowed the youth to voice their concerns, regardless of whether these were heard or not.  Presidential candidates responded to this niche group by creating presidential candidate Twitter accounts; aside from spreading their electoral agenda, it is evident that youth grievances, and suggestions were being heard.

The importance of youth participation in governance cannot be overstated, yet policies have not come to the party to ensure youthful participation is on the increase. It works in ‘their’ favour to not have young people interested in politics, let alone taking part. Progressive democracies such as that of the United States of America (USA) allow for presidential candidates to be as young as 35 years old.  Nigeria’s ‘Not too Young to Run’ campaign saw 75-year-old president Buhari signing a bill to reduce the minimum age for presidential aspirants. The age has been amended from 40 to 35 years to allow for the youth to run for elections. This is a clear indication of the power the youth hold in the political sphere.

Africa is a young and vibrant continent; it does not work for us that we vote in ‘fossils’ to rule us. We cannot have 70-year-old people sitting in majority of the political seats; deciding on policies and making political decisions they will not be around to face the consequences for. Trusting the ‘elders’ to make the right choices based on the fact that their children and grand-children will have to live with the consequences of their decisions is as useless as pouring water into a woven basket.

It does not take a political science graduate to know that we need a policy change, that young people need to run for parliamentary seats in order to influence policy. The youth in African politics are used on several levels, taking on roles in different capacities and, sadly, far from the main role of presidential candidature. Politicians are more than happy to include the youth through various avenues; youth musicians are used as entertainment for political rallies; to create political jingles for the election period; others as political cadets cum hooligans, used to intimidate the general masses into falling in line. The youth are not taken seriously beyond this point. How does one respect a lion that does not know it is a lion? The African youth vote could potentially sway votes; yet we choose not to recognise nor acknowledge our power.

Whilst most youth are keen on actively participating in politics, most choose to watch from the side-lines, carrying with them the perception that politics is ‘a dirty game, known to be played by corrupt old men’. The most recent elections saw active participation by the youth; from those used to campaign and rally for party registrations, to some running for actual parliamentary seats – and winning. We have others amongst us that are content watching from the side-lines, willing to participate only if a party beret and t-shirt are availed –  this crop of youth are the most prone to use in political violence. They are worse than Judas Iscariot who sold out Jesus for a few coins, for with just a beret, a t-shirt and some money – they are willing to paint their bodies blue and ready to vandalise and reign political havoc on cities. We need to do a better job of harnessing youth masses who are lukewarm; those who willingly surrender their right to vote, to influence who sets the political agenda for the country.

South African history has been shaped by many sects; the youth of 1976 were one such a sect. The Soweto Uprising saw the youth demonstrating  and rioting against the abuse that was learning in Afrikaans, a language they could not identify with. The power of the youth was on full display that day.  There is a popular Tunisian saying that states that ‘Defiance is the biggest weapon of the weak’. This is befitting of Tunisia, for it is in their setting that we witnessed the 2011 revolt that went on to topple an administration that was no longer serving the interests of its people. It is the Tunisian youth that sparked and led a successful revolt against Ben Ali’s government. The youth often times feel like they are powerless, perceived as ‘helpless’, yet our numbers are large enough to impact decisions, to sway votes. It is high time we started to embrace the power we possess. Are the African youth not used as child soldiers in some countries? My point is, we are not too young to run, not too young to demonstrate, not too young to take a stand against injustice and exploitation.

Time and again, we have witnessed presidential candidates appeal to the youth in order to secure the ‘youth vote’; Malawi is no exception. One presidential candidate rigorously sought to secure the youth vote in the nation’s recent elections. His campaigns had a strong social media presence; we were reminded of how young and strong he is, that he too can play basketball, he was seen doing push-ups at rallies, his wife the out-going vice first lady released a ‘hip pop’ single, where she was seen rapping. All in the efforts of securing the youth votes. Several youth sects bought into the campaign, they had found hope in this able bodied, youthful presidential candidate. Yet still, there were some who wanted more answers. Questions on why presidential candidate had failed to assert himself whilst being a vice president surfaced; why he failed to blow the whistle on the ‘corrupt’ government whilst he was part of that government.

The ability for some youth to scrutinise this wave of transformation and youth rhetoric shows a positive shift in youth participation in elections; that not all youth are swayed by gimmicks nor access to berets; that the youth are craving for genuine change; party manifestos are scrutinised and youth were seen dissecting the feasibility of promises made like ‘the creation of 1000 jobs in 1 year’. All in all, people just wanted a change; the 19th May 2019 elections were about voting for change – change in leadership, change in government.

Elections results came, and the masses were not pleased. The youth quickly took to Twitter to express their disbelief, dissatisfaction, disappointment – many felt betrayed, that they had certain ‘judases amidst’ them that did not vote for change. Things were not adding up – there was discovery that there was use of ‘Tippex’ on ballot papers – this is not permitted. Opposition parties went on to formerly dispute the election results that reflected the outgoing president as the winner of the election by appealing to the courts. Naturally, some youth backed the opposition, declaring a dislike for the ‘Tippex for government’.  The case has been in court since May, demonstrations have been ongoing; youth participation has been in full force. There has also been evidence of ruling party youth cadres being used to intimidate demonstrators; the use of violence against people by the police and army has also been reported. Needless to say, we are watching to see how it will all pan out.

What have the 19th May 2019 elections taught the Malawian youth, you may ask?

“I consider it completely unimportant who in the party will vote, or how; but what is extraordinarily important is this — who will count the votes, and how.” Joseph Stalin – 1923

Perhaps, we, the youth may want to get actively involved in election governance, to find out how election observers are picked; most importantly, use our numbers to vote as a unit, and to vote for younger candidates too.